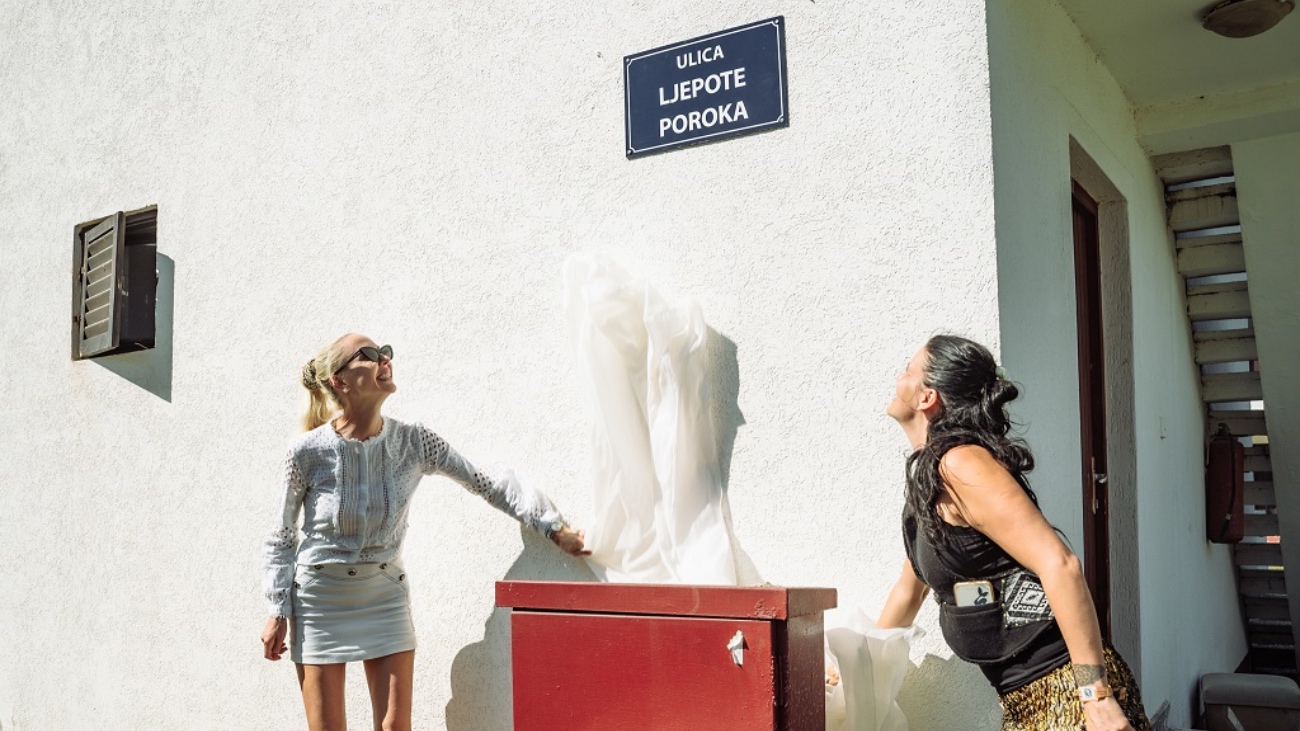 With the opening of a street named “The Beauty of Vice” in the heart of Ada Bojana, the first festival of awareness and intimacy in this area, ADA Divine Awakening, was closed. This rounded off the summer festival season in which EXIT, as the only festival group globally, managed to organise as many as four festivals: EXIT in Serbia, Sunland in Bulgaria, Sea Dance, and ADA Divine Awakening in Montenegro, attended by around 225,000 people in total. EXIT’s festivals in three different countries have reanimated the European festival scene and enabled many performers, such as David Guetta, Nina Kraviz, Paul Kalkbrenner, Charlotte de Witte, Solomun, and others to perform for the first time after a year and a half.

At the closing of the Ada Divine Awakening festival held from 15th to 20th September, EXIT opened a street named “The Beauty of Vice” at the FKK Ada Bojana resort, guided by the idea of marking the filming location of a movie that drew the attention to women’s position in society. A memorial plaque was placed within the street, which reads: “This is the filming location of the 1985 cult film ‘The Beauty of Vice’, directed and written by Živko Nikolić and starring Mira Furlan.” On 28th December 2016, the Yugoslav Cinematheque, per its jurisdiction, based on the Law on Cultural Heritage, declared one hundred Serbian feature films (1911-1999) a cultural asset of great importance. This list also includes the film “The Beauty of Vice.”

“When we opened F84 on Jahorina, we showed our respect to the sports heritage of this area. Then we paid tribute to the Winter Olympics with the help of Bojan Križaj, who carried the Exit flag while skiing and lit the festival flame with an original Olympic torch from the Sarajevo Olympic Museum. Now I am incredibly proud that we have paid tribute to the cultural and film heritage — one of the greatest films from former Yugoslavia, which perfectly describes the essence of the spirit of freedom present at Ada Bojana. I am sure that, as EXIT is the central festival in our group of music festivals, ADA Divine Awakening will become one of the most important festivals of this type on the planet “, said Dušan Kovačević, the founder of EXIT. 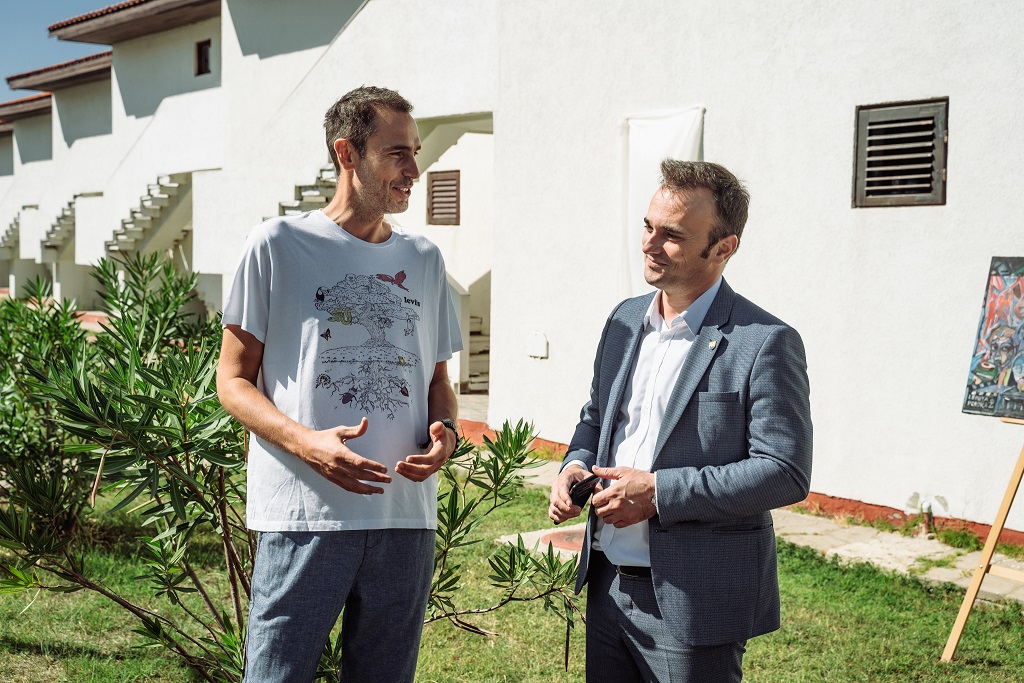 The honour EXIT has paid to the cult film by Živko Nikolić was realized in agreement with Petar Nikolić, the legendary director’s son. “Živko dealt with the Montenegrin mentality and the position of women in society. He wanted to emphasize the mental and cultural problems of the Balkans. ‘The Beauty of Vice’ is a product of Živko’s experience of the world, which was very deep and thoughtful because it has managed to explain some forces and laws of this area, but also more broadly, of the universe” Nikolić explained. He added that he believes the festival can release rays that will spread in all directions. “Maybe the festival will help people find another way to solve the same issue — a universal human issue. This is a place where the actions of nature are intensified, as are the feelings of belonging to Planet Earth, the sea, sand, wind, sun, and stars. What Ada can provide cannot be separated from our contact with ourselves and others, with nature, and with the original and purest forms of our being. Nature is the future”, concluded Petar Nikolić. 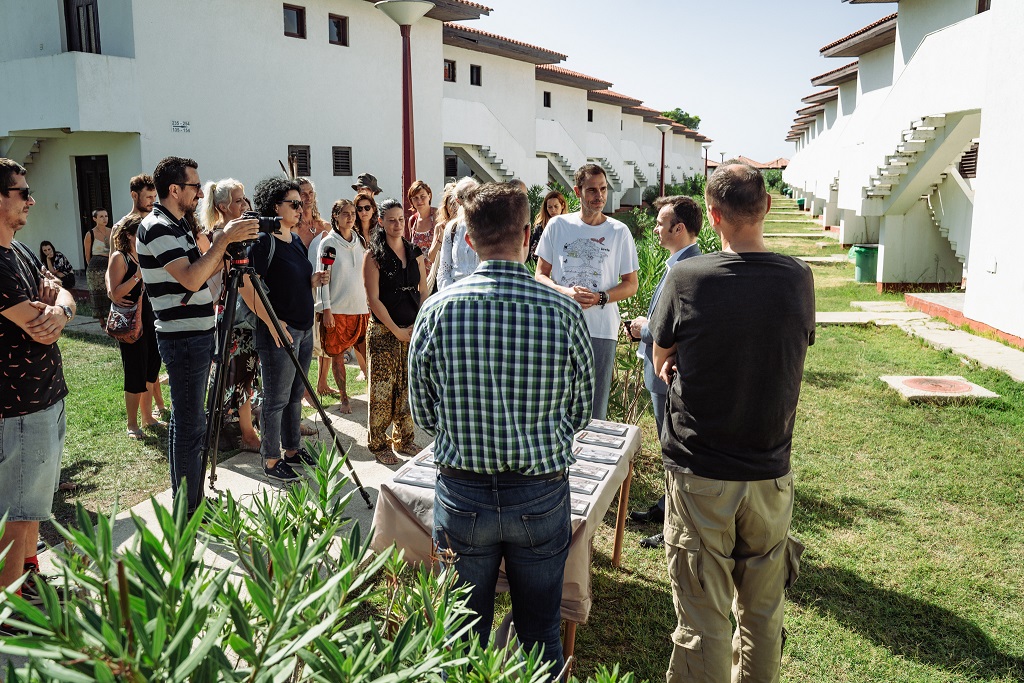 In this way, Mira Furlan, who excelled in this role, was also indirectly honoured: “Like all women, I learned from childhood not to see vulgar looks, not to hear humiliating comments, not to pay attention to insults,” the brilliant actress once said.

ADA Divine Awakening Retreat pointed out the key problems of today — growing loneliness, alienation, and especially conflicts in the essential connection with oneself and in one’s partnerships. At one of the most beautiful destinations in Europe, the festival brought together more than 40 leading global experts and educators in partnership, sexuality, and personal development, as well as famous musicians from the region and the world.

During six amazing days, over 80 workshops were held that thematically covered the topics of increasing intimacy with oneself and one’s partner, improving one’s sexual experience, deepening the connection with one’s own body, the balance of female and male energy, yoga classes, meditations at sunset, ecstatic dance, concerts… The ADA Divine Awakening Festival hosted some of the most influential educators and performers, such as Devi Mohan, Ohad Pele, Andrea Paige, Rachel Rickards, Lennart Hening, Buddhi Dana, and many others, while the inevitable music programme was led by top global and regional performers, such as Božo Vrećo, Aklea Neon, Joshua Swahe, Praful, Tuulia, Zazo.